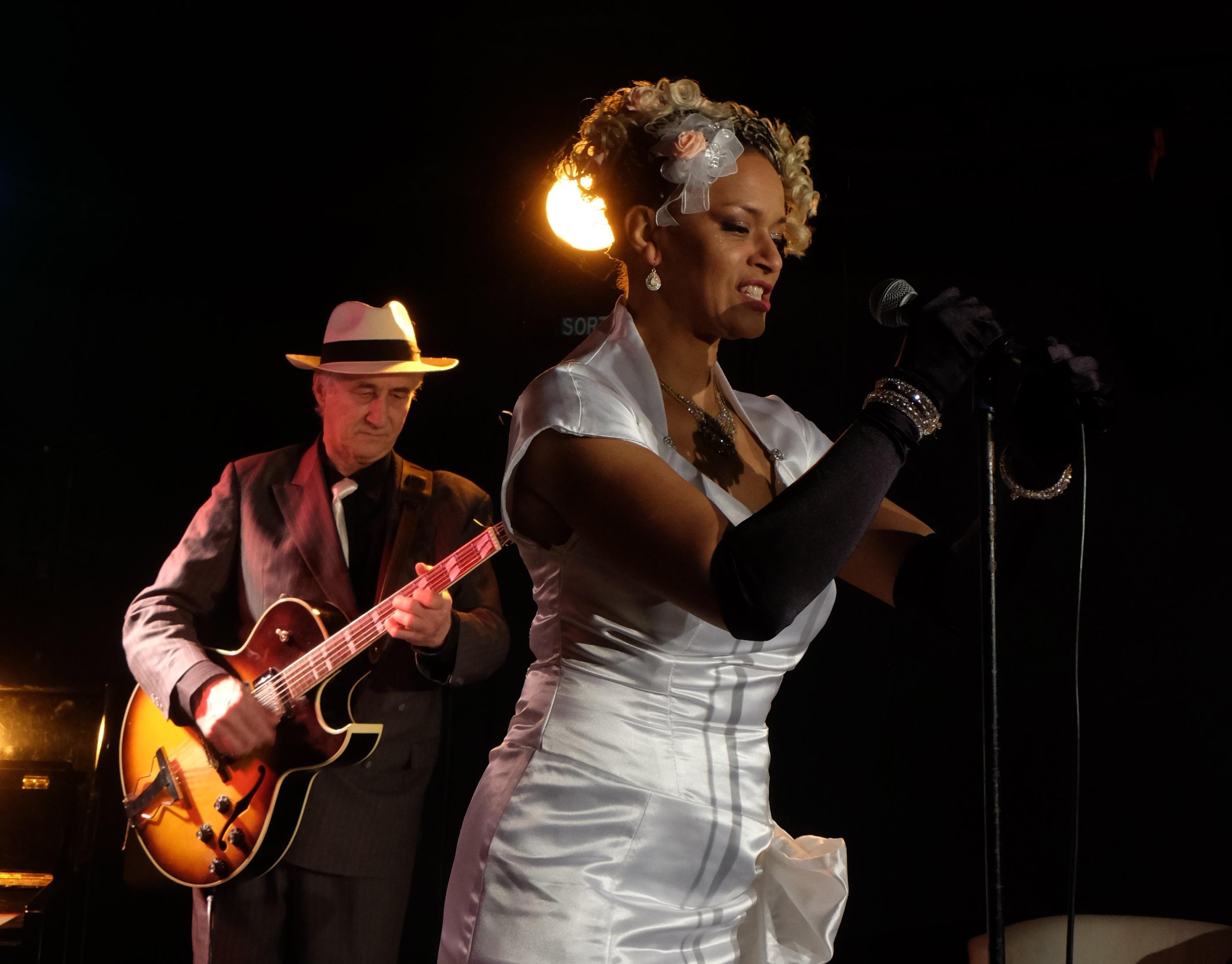 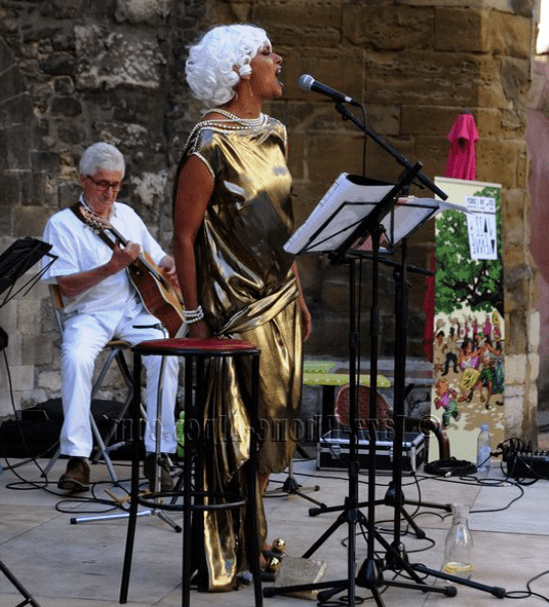 Marie Paule Coutens: jazz singer from Toulouse who is living in Lyon, Marie Paule inherited the rhythmic ease and swing of the great singers (Ella Fitzgerald, Billie Holiday), and is the interpreter of the musical tale "A Day With Lady Day" by Rémi Marand, a show created at the festival "Place au Jazz" in Antony and given in particular at the festival of Couches in Burgundy.

He showed an attraction for the piano from the age of 3 and played various keyboards until his first classical piano lessons. At the age of 14 he entered École de Musique de Carrières sur Seine. He has continued with several music trainings, notably at the Faculty of Musicology Lyon 2, the Conservatoire National de Région de Lyon, the Jazz Piano Class of Mario Stantchev, Études de Direction d’orchestre in Lausanne… He has since played in various jazz, salsa, and song bands, accompanying professional and amateur choirs, supervising each year a vocal internship at the festival JAZZ vocal of CREST (Drôme). Since 2012, Frédéric has been the musical director of the women's choir Les Qui Song t 'Elles.

Emmanuel starts the guitar by practising Bach but by playing Bob Dylan.... Passionate about Brazilian music, he plays the Brazilian Choro and the bossa nova, then comes the Be bop through the AIMRA jazz school, then after 5 years in sextet in a swing band of Lionel Hampton style, his game focuses on the swing music of the 30s to 50s punctuated sometimes by gypsy or South American colors. He is also a composer on texts of French songs by Françoise Mesnier.

Paco Girerd plays double bass in different styles ranging from Gypsy Jazz to the more traditional Jazz of the 50-60s and 60s, or classic. Far from academic backgrounds, he performs with all kinds of bands (Pacush Swing, Moon Kaplan, Collectif du Jazz Club Saint Georges) and does not hesitate to skim the oxen of the Lyon’s clubs for several years.

Gardénia band offers you a rich repertoire including of standard jazz themes, drawn from the Broadway repertoire and great singers like Ella Fitzgerald, for pure jazz concerts, or a jazz medley, complemented by French songs, composers like Henri Salvador, Claude Nougaro, Charles Trenet, Charles Aznavour, and many others for popular music parties, or musical entertainments.

The following are included in the pricing of the different options :
- Travel expenses up to 430 km (round trip).
- Sound system for up to 100 people.

Depending on the distance and in case the performance ends late in the evening, accommodation is to be provided for the group.