The desire to make dialogue the melodies and heady rhythms of the gypsy guitar, with the jazz vocal, combining good humor and virtuosity 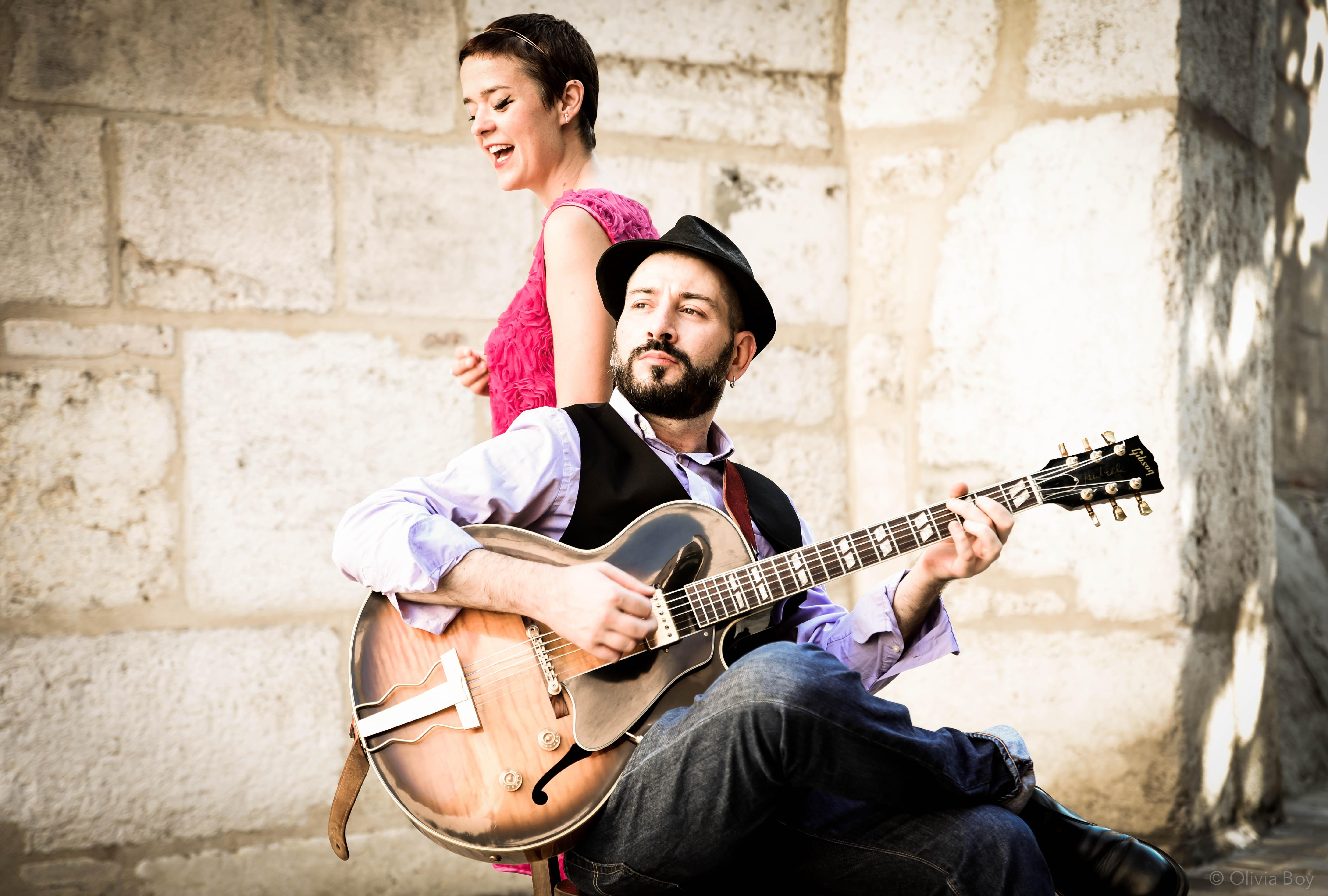 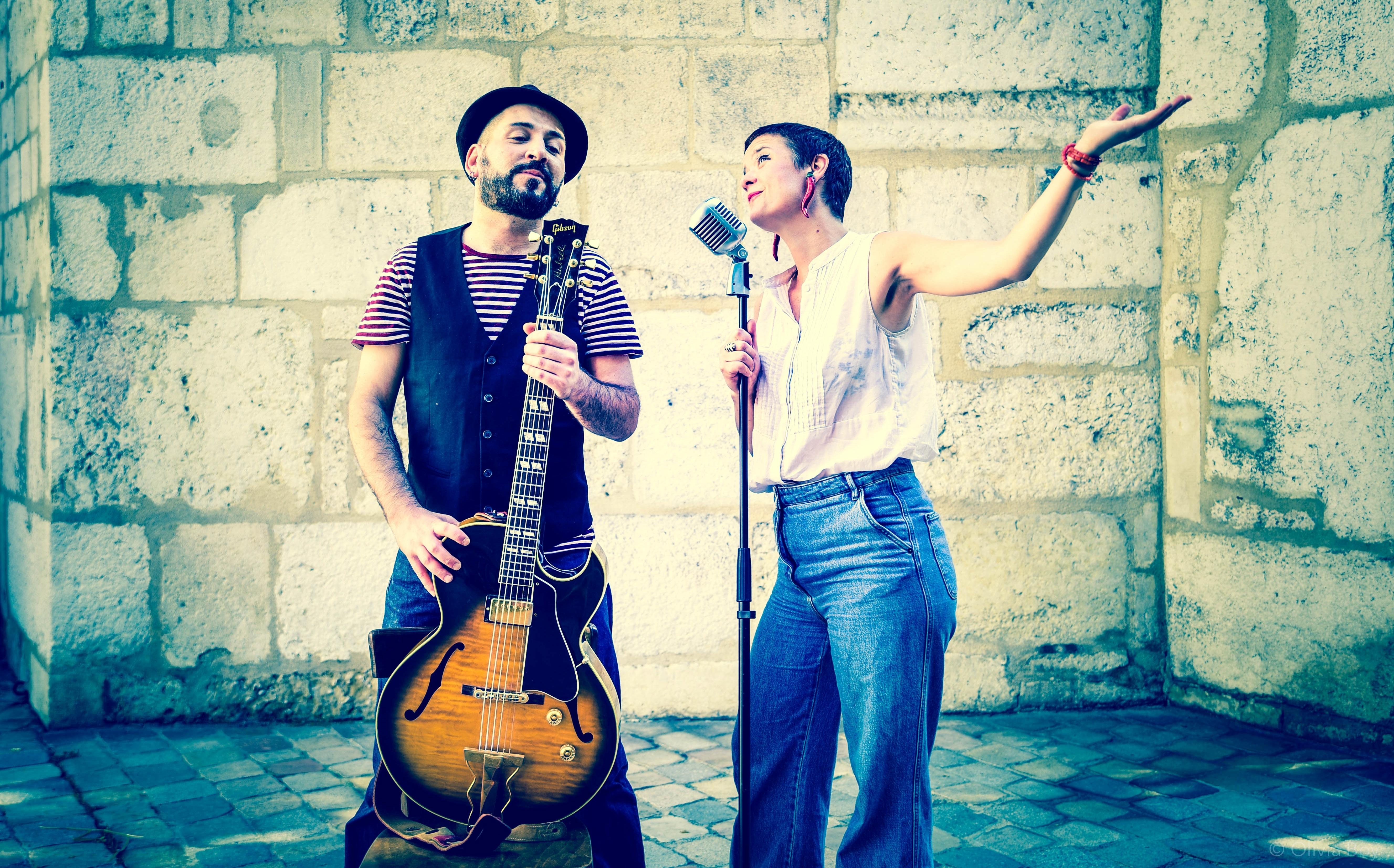 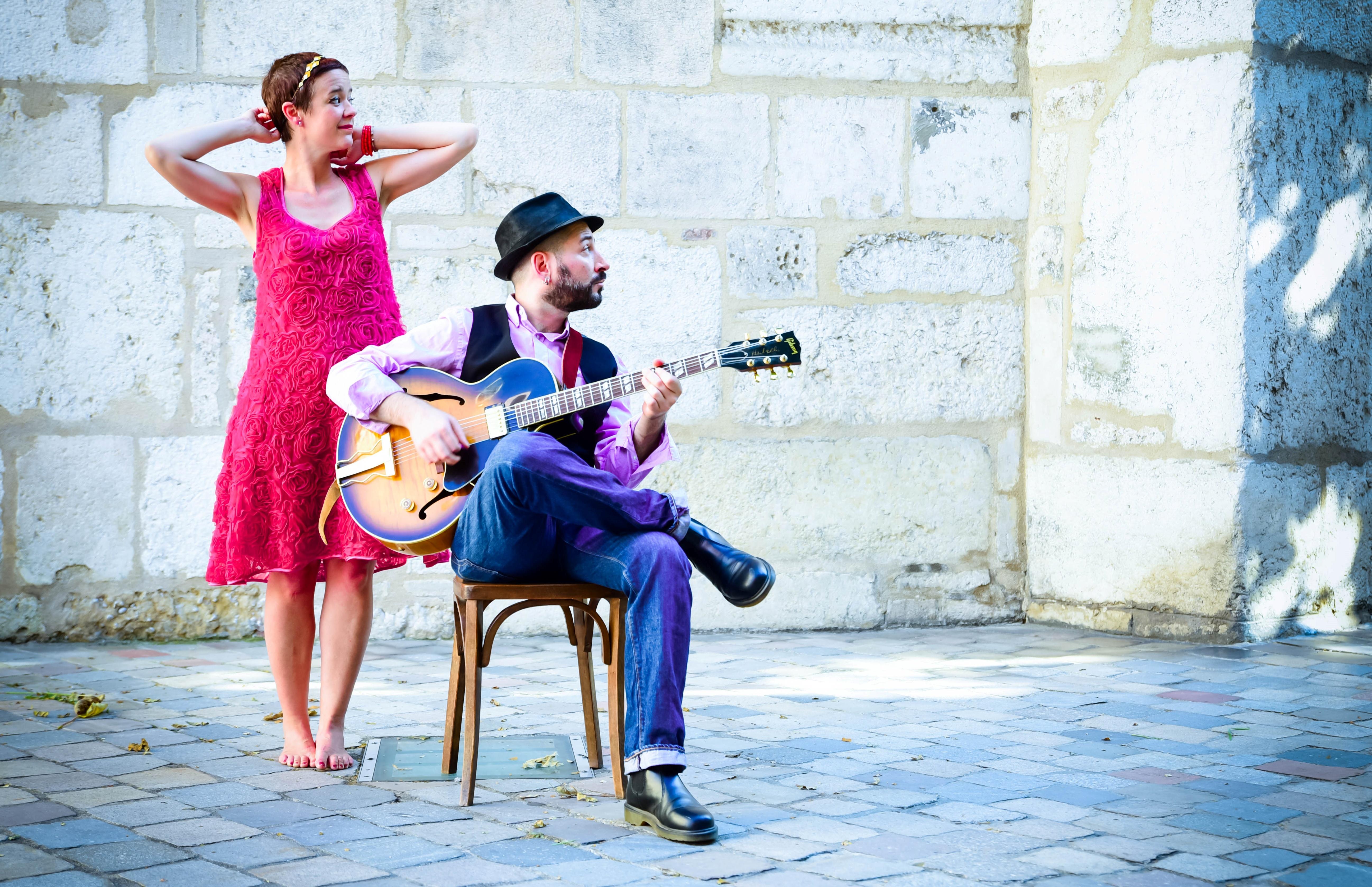 Raised in the vapors of her mother's gypsies and to the sound of her father's vynils, Louise began theater and music since her childhood, the cello first at the conservatoire and then jazz singing, which she studied at the ENM of Villeurbanne, and with Mireille Antoine and Annie Trolliet Cornut. She joined the Rêveries Mobiles Company in 2011, then the Improjection Company in 2017. She sings in several projects ranging from jazz to Latin music always with this taste for game, and musical enchantment.

A musician with a big rocker's heart, he converted to gypsy jazz, after 10 years of conservatoire the day he first heard an album by Django Reinhardt. A real enthusiast with magical hands, he knits all the melodies of the gypsy and swing repertoire. Self-taught virtuoso, he likes to accompany singers, violinists and clarinetists, provided they are gypsy!

Coming from the Drôme region, Stéphane has music at heart. He began playing classical violin at the age of 7 then jazz double bass as a teenager.
During his traning years at the ENM in Valence, then at the CNR in Lyon, he met several musicians who would mark him: the Debussy quartet, Dave Liebman, Dominique Di Piazza, Laurent Dehors, Andy Elmer, Emmanuel Scarpa... Many years of experience on stage, from classical music to jazz improvisation, make him a multi-skilled musician.

Daughter of musicians, Florie has always bathed in jazz. Although she also sang gracefully, she chose to study drums at the Conservatoire de Lyon and then at the ENM in Villeurbanne. She joined La Cordonnerie in 2011 and participated in the creation of her Super Hamlet film shows in 2012, until the fall of the Berlin Wall in 2016.
In 2019 she joined the singer Hélène Piris and then in 2020 the groups La Meute and Louise Souchon Jazz Band.

With enthusiasm, dynamism and relaxation, Louise Souchon Jazz Band hosts private and corporate events as well as concerts, offering thanks to a solid experience of the stage, different options :

The following are included in the pricing of the different options :
- Sound system and Light fees for less than 200 people.
- 2 hours of performance.

Depending on the distance and in case the performance ends late in the evening, accommodation is to be provided for the group.