A show for an ecological cause in Chur (Switzerland) 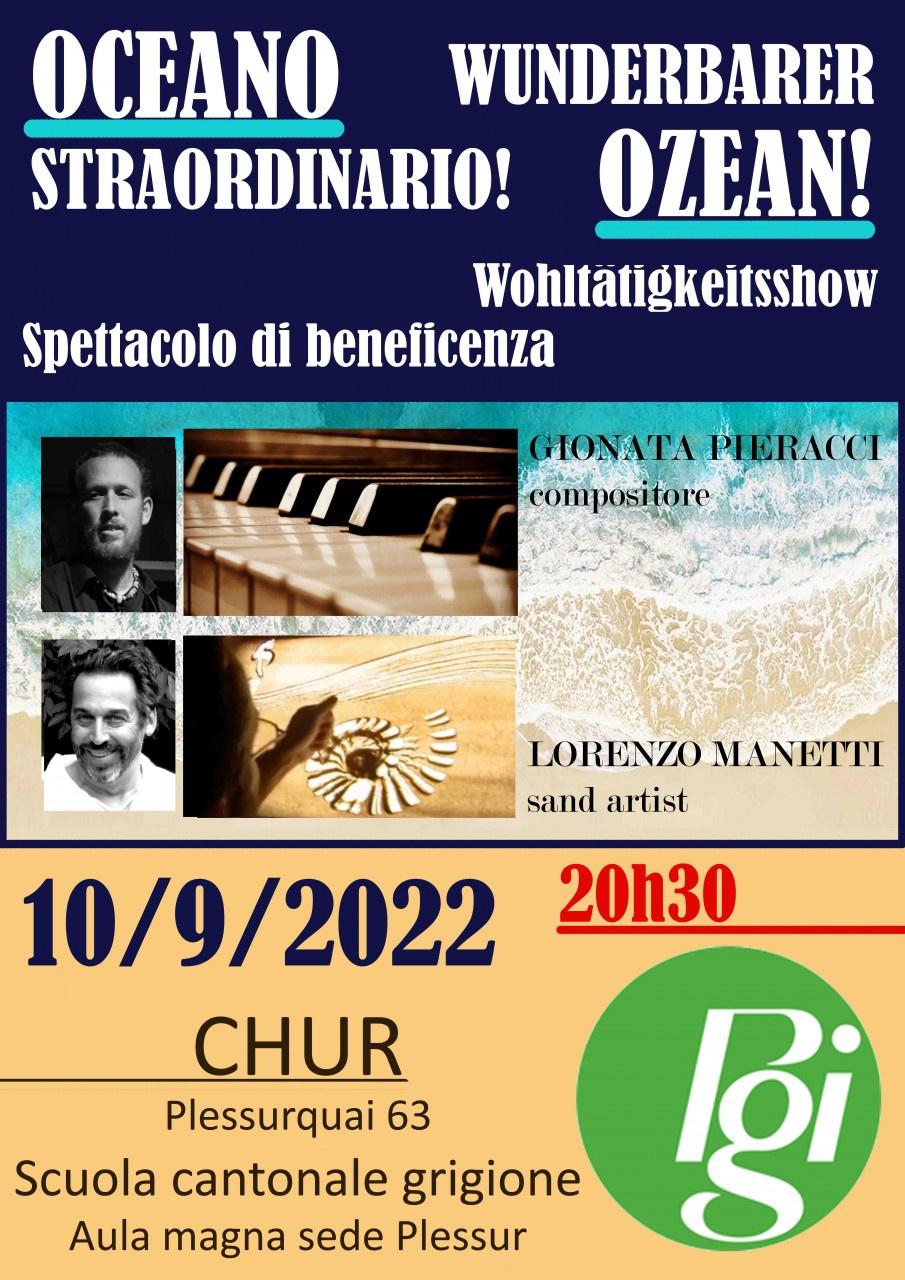 Ocean pollution is a serious and worrying problem. Several organizations and associations are developing actions to limit this scourge, because the consequences are considerable. Marine pollution threatens the livelihoods of millions of people who depend on the oceans for their livelihoods.

To succeed, it is not enough to simply draft agreements or clean up the oceans. Pollution must also be stopped at its source, i.e. on land. According to studies, about 80 percent of marine pollution comes from land-based activities: our waste often ends up in streams, rivers and lakes, and is then dumped into the oceans. It is essential to stop this phenomenon.

How many marine species can we save, how many thousands of victims can we avoid if we stand in solidarity with all the actors fighting for the environmental cause?

Do you want to take part in one of the actions to fight against ocean pollution other than through international conferences and treaties? Or simply you have the desire to support local actions ?... Then take part in the show "Océan Extraordinaire !" (Extraordinary Ocean!) which will take place on September 10, 2022 from 8: 30 pm in Chur in the Canton of Graubünden in Switzerland.

The show "Océan Extraordinaire ! " conveys a philosophy of living and thinking, driven by the desire to restore harmony with Mother Earth.

Through artistic drawings made from the sand of the ocean accompanied by the sweet and relaxing melody of the piano in the background, two talented artists, Gionata Pieracci and Lorenzo Manetti offer the opportunity to explore the richness of the oceans in a poetic way. The piano tunes and the language of the sand speak of the beauty and importance of the sea for our species, the current problems and the man-made solutions adopted by human beings.

The show on September 10, 2022 is an opportunity to raise awareness among the general public about the problems related to water and ocean pollution as well as the actions that everyone can take to curb the phenomenon.

In addition, it is a charity show. Part of the takings will be donated to associations involved in the ecological field.

Organized by the PGI (Pro Grigioni Italiano), the show will take place in the Aula magna of the Cantonal School of Graubünden:

For the protection of the environment, every action counts.

For any additional information and the conditions of participation, do not hesitate to contact us at any time: www.artistspremium.ch.

When you subscribe to the blog, we will send you an e-mail when there are new updates on the site so you wouldn't miss them.

No comments made yet. Be the first to submit a comment